Cranky also has a Blog of today's Ride: Click for Cranky's Blog

The six bikes from Sacramento, Stockton and Manteca ran into some Pea Soup Fog this morning. I left early but had an hour delay as I could not see a thing in front on me. While I was at the Lathrop McDonalds I am sure that Valdez and Biggtwin and crew rode right past me on I-5. So I was the last person to reach the Start Point. :-( 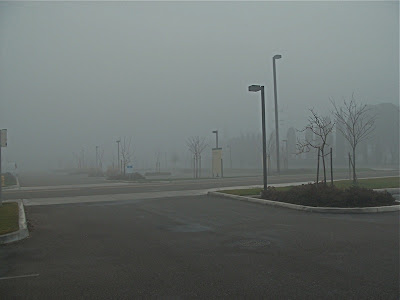 This is what it looked like about 150 yards from I-5 which is dead ahead but not in sight.
And the camera lens picked up much more detail than I saw with my eyes.

Capt. Redbeard had made up a bunch of Polar Bear Ride pins and was handing them out at the McDonald's in Hollister. 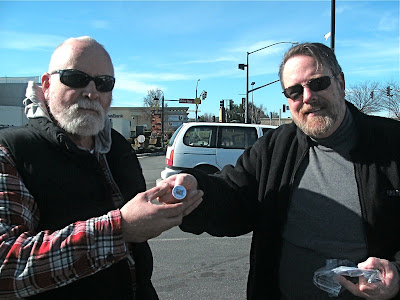 Capt. Redbeard on the right with the baggie in hand. Redeye receiving his PBR pin.

This was my attempt at a Group photo, but two were missing. Six of these eight actually own a Vulcan, but Valdez' and Redeye's Nomads were still in the garage. Each was riding their Wing. We did have five Vulcans, two Wings, two Beemers and two Harley's for 11 bikes for this Polar Bear Ride. 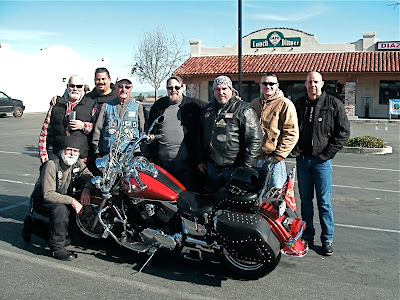 Valdez, Redeye, Cranky, Capt Redbeard, Mike and K-ray all own Vulcans as does Biggtwin missing from this photo

Biggtwin was one of those still in the restroom. :-) 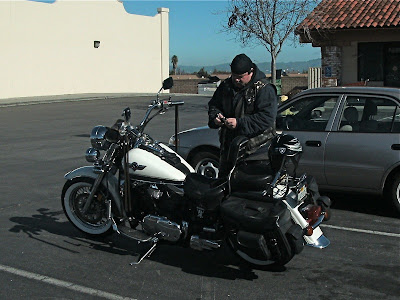 The other missing person, Les. He was riding a BMW K1200LT. 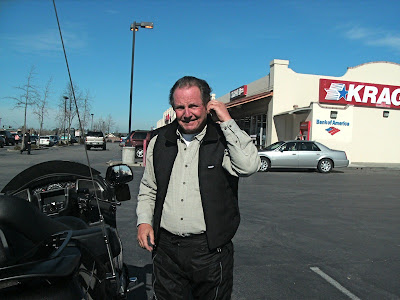 No road photos today. Too cold. I had my Gerbing jacket liner turned on full bore for the first part of this ride. Panoche Road was in pretty decent condition considering the recent weather that we have had. There were a few "Flooded" signs along the road, but the low spots had dried out in the dry weather yesterday.

Our one and only break was at the Panoche Inn, which is in the middle of absolutely nowhere.
If you want to Google the location put in this address:
29960 Panoche Rd Paicines, CA 95043-9760 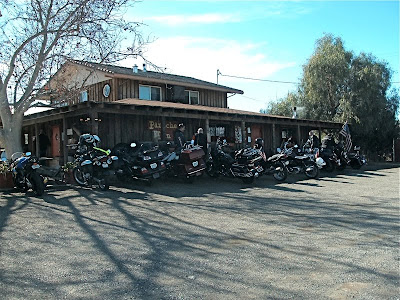 A few other bikes are parked in front 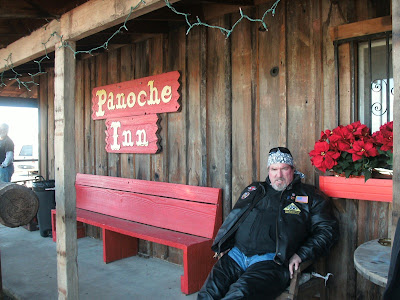 Mike taking a load off his feet 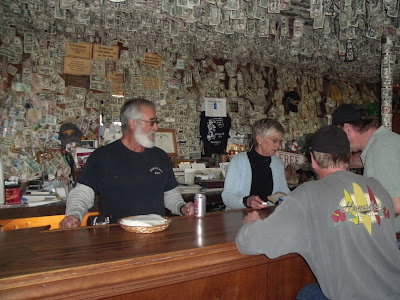 The owner and his wife

There have been rumors that the Wool Growers in Los Banos was getting ready to close. I asked the owner and he denied any such thought. 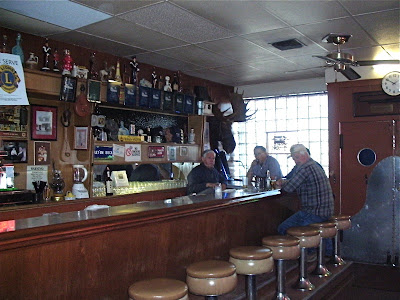 Cranky, Capt Redbeard and I were the only ones to have eaten here before today. The other eight were "first timers". It was interesting that instead of giving us a choice of lamb chops, pork chops, tri-tip or chicken. Nicole our waitress was going to bring tri-tip AND pork chops for everyone except Capt Redbeard who had half a chicken since his doctor's took him off red meat. 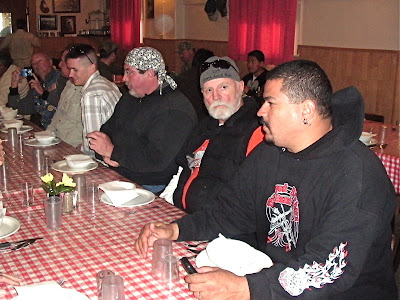 Waiting for the food

It was really busy today and they also had a party in the separate room, so with only two waitresses the service was a bit slower than usual. But the first timers thought that the service was really fast. That is because compared to other restaurants today was quick. But not instantaneous as I have become accustomed to at the Wool Growers. :-) 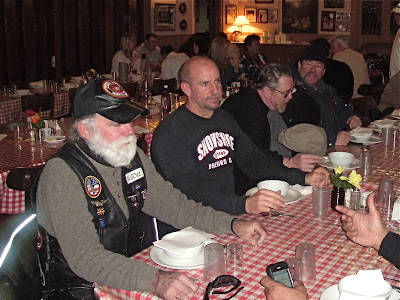 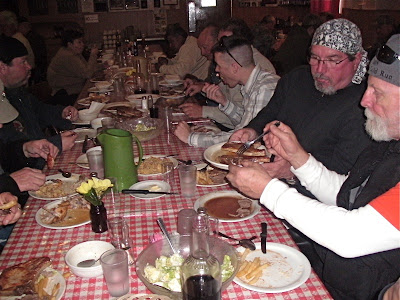 Soups gone, salad, chicken and rice, and fries still on the table. We even polished off a lot of the house wine today.

We got the chocolate syrup for our ice cream today. 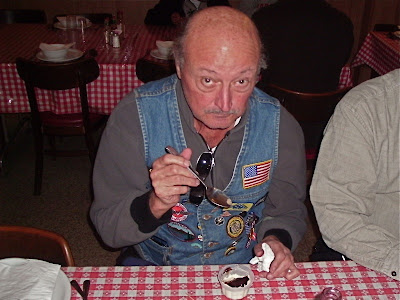 I stole this photo of me from Cranky's Blog. 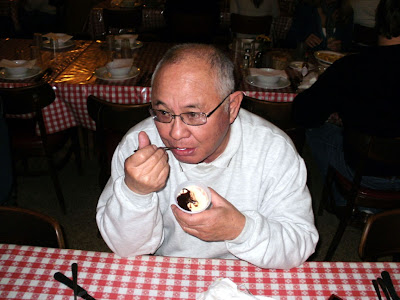 The sky was clear and weather sunny albeit a bit chilly. But this is our Polar Bear Ride. We have two groups heading out. One led by Cranky will take folks to Monterey, San Jose and Fremont. 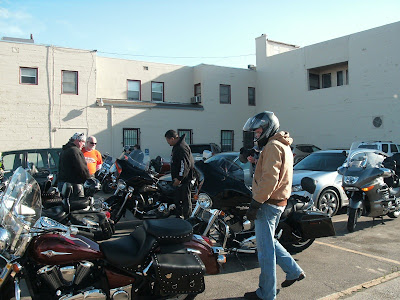 The others headed north decide to take Hwy 165 to Turlock and Hwy 99 north from there. I decide to ride the country back roads over to Hwy 33 then I-5 back home. 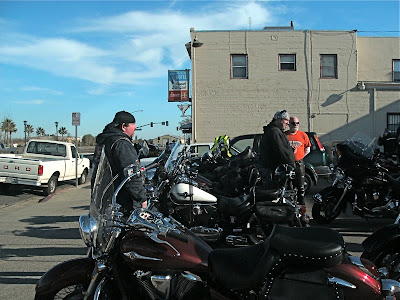 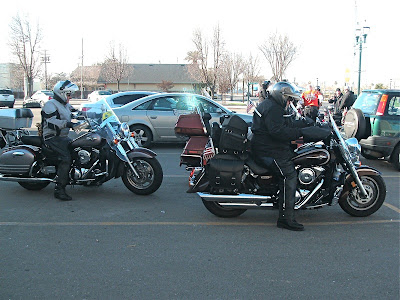 Cranky and Capt Redbeard getting ready to leave