{Click on any photo to view the full size image}

Today's original Ride was ambitious for February, but we had to modify it since we were down to two Riders, me and John from BC. And John was stuck in dense fog in Chowchilla whereas I in Stockton only had light fog with visibility around three miles. In fact it was not until Delhi that I encountered fog where the visibility was down to a quarter of a mile.

So I changed the meet time to 10:15 AM at Delhi, which was my mistake. Since Hwy 99 finally bypassed Livingston and Delhi, there is not an obvious meeting place in Delhi. Why Delhi? Because we could get on back roads immediately and head toward Snelling. We rode the Hwy 49 section known as the "Little Dragon", a 16.5 mile stretch of Hwy 49 just south of Coulterville, CA. For photos of the road see Tim Mayhew's pictures at: The Wow Factor, a Pashnit Motorcycle Tour.

The road is described by Tim Mayhew {Pashnit} of California Motorcycle Roads thusly:

Probably what makes this ride so well-liked amongst motorcyclists is the wide open spaces. Imagine if I could offer up a endless dose of curves, yet give you the see-through you've only dreamt about.

So our first pit stop {we are old guys in need of finding a "wash room", as the Canucks call them} is in Snelling. 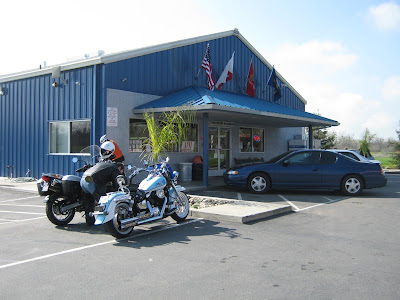 Our first real stop is to see the remnants of the building where Ghirardelli Chocolates got their start during the Gold Rush Times. {the company story now says Stockton, but the General Store was in Hornitos}

We parked in front of the Post Office and the bar owner next door was in his yard. He was kind enough to tell us some things about the big gold mines that used to operate around the area.
He also opened his bar to show us the interior. 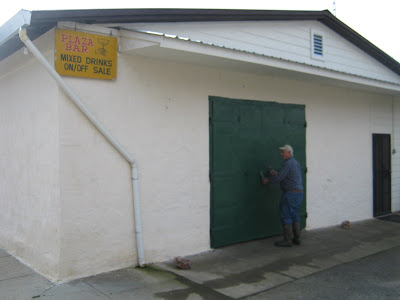 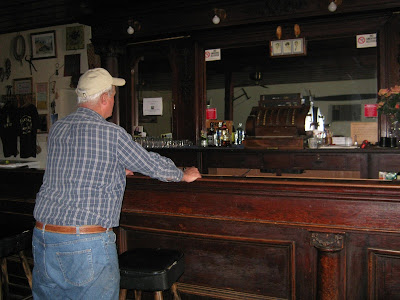 This is the remnants of Domingo Ghirardelli's General Store. 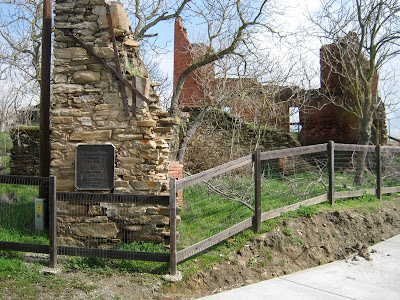 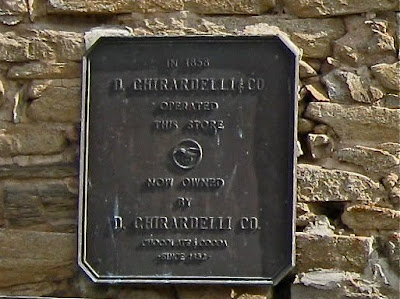 A close up of the plaque

From Hornitos we head to the southern Vista Point of the Little Dragon. Today I did not take any photos from the Vista because there are many in previous Blogs.

As we reach Coulterville we decide not to stop for lunch. But traveling any further north would make lunch too late. So I turn back toward the Valley onto Hwy 132 and head to La Grange. We stop at the La Grange Saloon and Grill for a tri-tip sandwich and a beer. 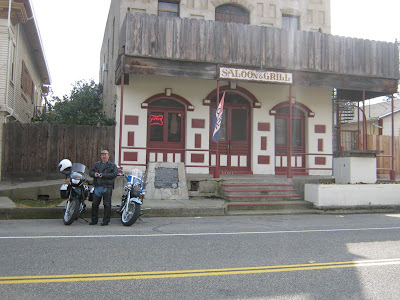 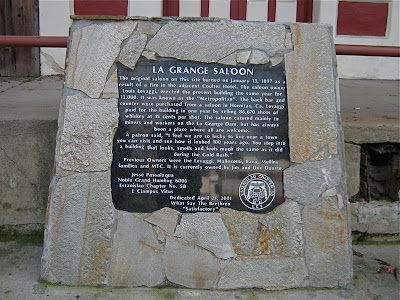 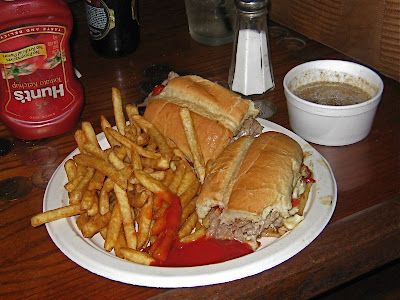 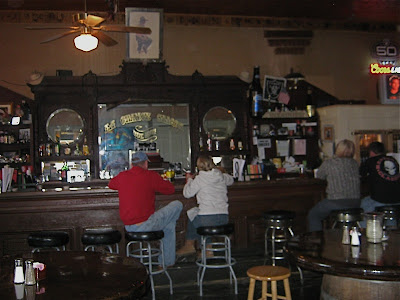 A couple sitting and eating and drinking at the bar 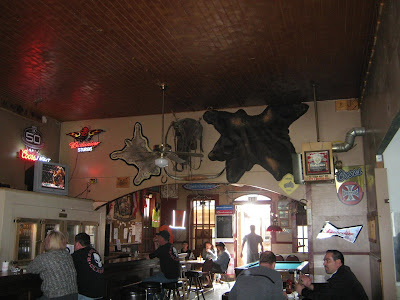 After lunch we get to the west end of La Grange and turn south onto La Grange Road to head back to Snelling and gasoline. There was no gas at La Grange. Basically Snelling is the end of the Ride. From just west of Snelling I will turn north and John will head south. 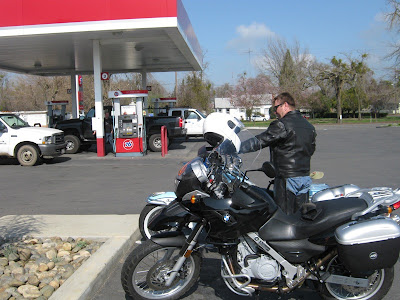 We gas up and say our good byes. It was a short 100 mile ride with many stops to BS and view the scenery. The weather was great as the fog lifted just as we left Delhi. There were a bunch of motorcycles on the road today.