Sherm leads the First "Lettuce Ride".
At 9:00 AM this is Sherm heading out for a brief tour of Old Town Yuma and then over to visit the Territorial Prison State Park. 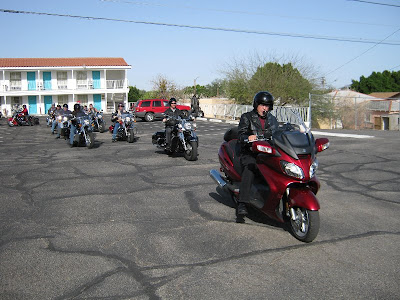 The second wave of riders. 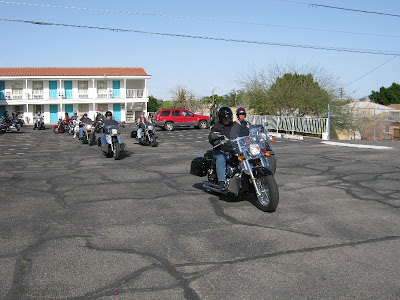 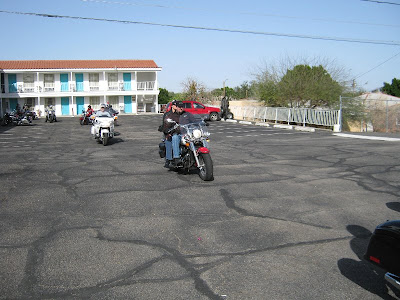 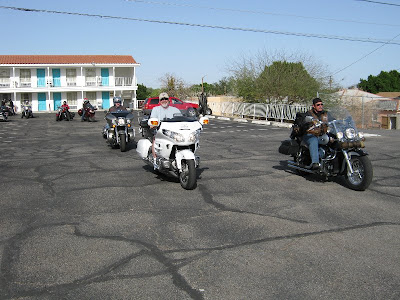 Cranky and the stragglers. 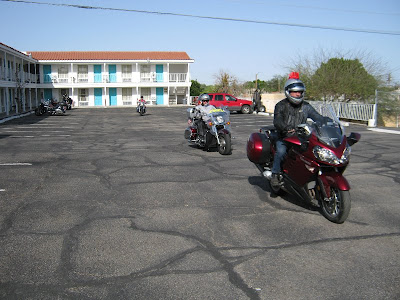 Here are three pics of the afternoon Lettuce Ride. 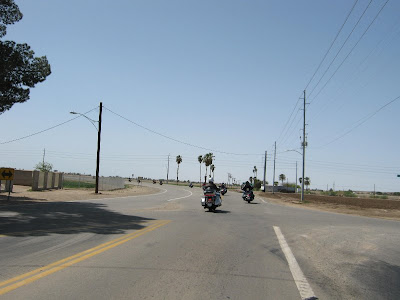 Where are the Lettuce Fields??? 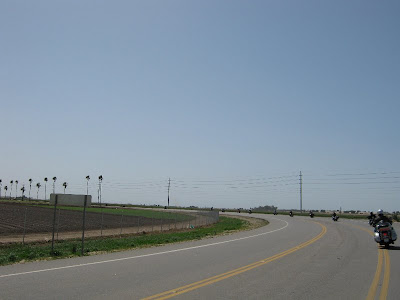 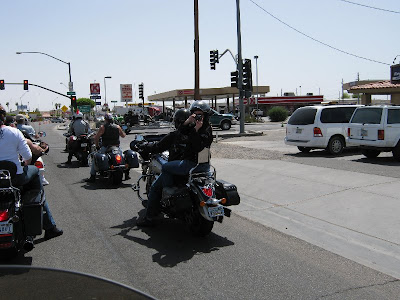 After the Ride Macguy, Sledge and I ride over to Algodones, the Mexican Border Town about eight miles from Yuma. 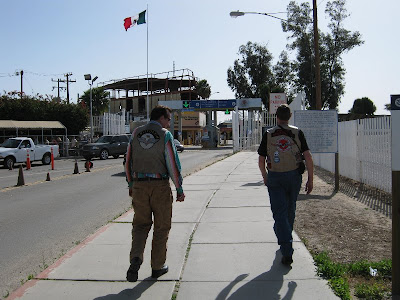 Sledge and Macguy walking toward the border 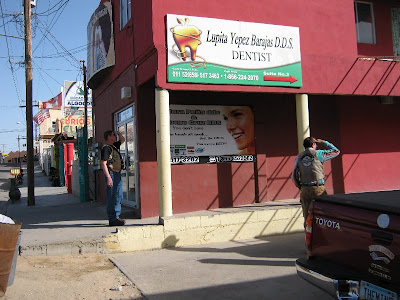 Looking for the nearest Dentist :-)

We wander around the village looking for stuff and just checking out the place. 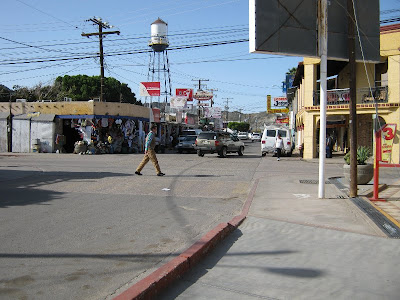 We had to wait in line for about a half hour to get back into the US. Macguy and I have no problem as we show the officer our Passport/Passport Card. Sledge on the other hand is taken to the Interrogation Room. He is delayed for another half to 3/4 of an hour for something he is not sure of. Eventually, he is allowed back into the country. Meanwhile after waiting about 15 minutes, I has asked if he minded if we left. I could bet no closer than about 30 feet of the Interrogation Waiting Room which was pretty crowded. But he waved to say "Go Ahead".
He told the story of his questioning, but I will wait to see if he wants it in print. 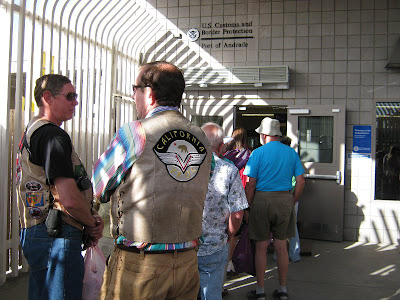 Saturday morning, March 27, 2010
It is really quite windy out as we head out for our Saturday morning Ride.
I had planned only to go to the first stop and then return to Yuma.
It is a short Ride to a Date Grove for a Date Shake and to pick up a Yuma souvenir.

Here is a 40 second long video of Sherm setting up his Group Photo at the Date Store.
.