{Underlined items are links to more info. Click on them opens a new browser window. Clicking on a photo will open a larger version, use Back button to return.}

Nine of the photos were taken by KC

And here is a link to Crankys Ride Report of today.

Today we are riding from Novato to Valley Ford to have lunch at Dinnuci's Italian Restaurant which has been around since 1904 or so.

Here is a Map of the Ride Route:

There are just three bikes today. It seems there were a lot of other things going on this weekend.
Cranky, KC and his wife Lynn and me. Cranky on his Nomad, KC and Lynn riding the Goldwing that he bought from Sherm this Spring and me on my little BMW F650GS. 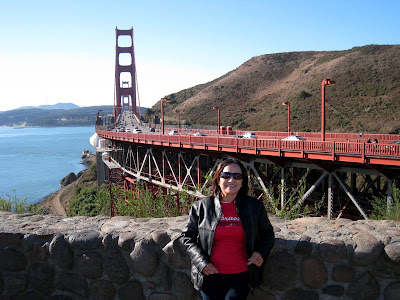 KC stopped at the Vista point at the north end of the Golden Gate Bridge to take this photo of his wife, Lynn


We are meeting up at the Novato McDonalds. Us old guys like me and Cranky need the Restroom and the Senior coffee. :-) 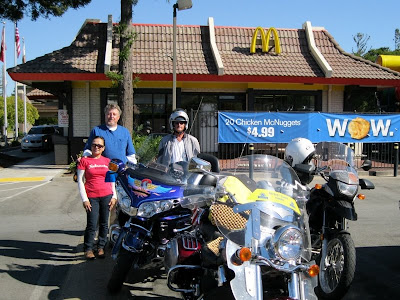 
The weather was absolutely gorgeous. There was an off shore air flow with the winds about 2 to 5 mph which kept the marine layer out to sea. The coastal temperatures were in the high 70's to low 80's and as you can see in the photos bright sunshine. 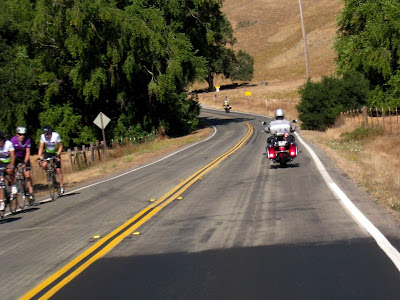 This is on Novato Boulevard heading to our first stop the Marin French Cheese Company.
Note the bicycles which became a hazard on Hwy 1.


The Marin French Cheese Factory where I bought 12 small rounds of cheese. 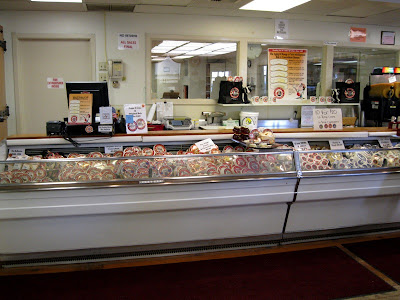 One of the display cases 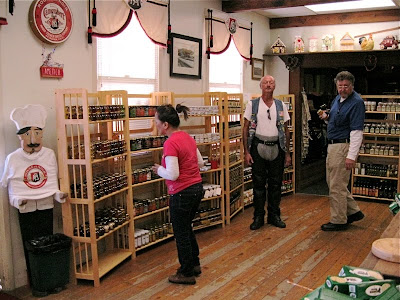 Shopping for jams and jellies

There was a gathering of the Bay Area Lotus owners club at the Cheese Factory today. 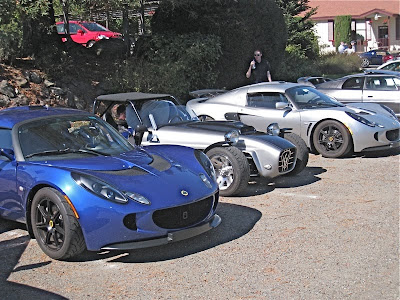 A few of the Lotus' 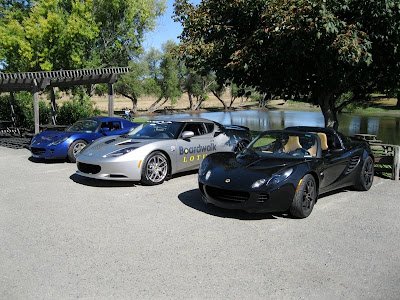 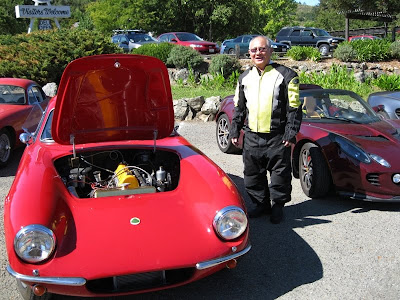 Me standing next to a real nice older one


Then on toward Point Reyes Station and the ride on Hwy 1 along Tomales Bay. But there was a bicycle marathon and the bicyclist were rudely riding two abreast at times. I had forgotten that the original ride route had us taking Petaluma-Marshall Road. But that would not have gotten us away from the bicycles since that road was part of the bicyclists route too. 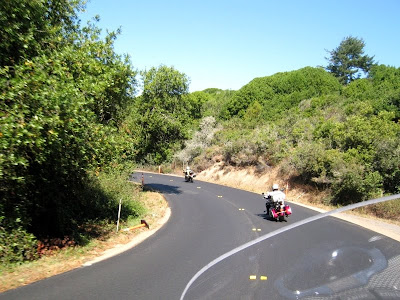 Here we are along Hwy 1 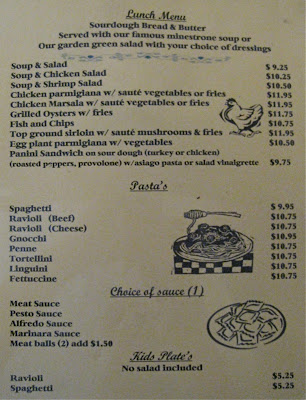 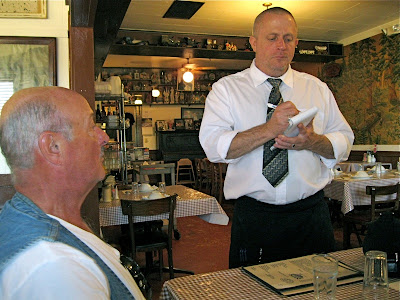 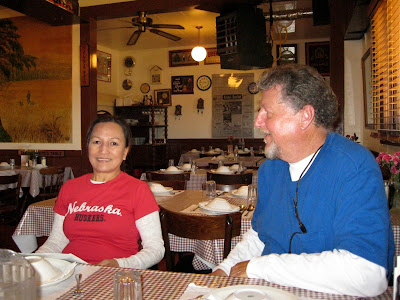 Lynn and KC getting ready to order lunch 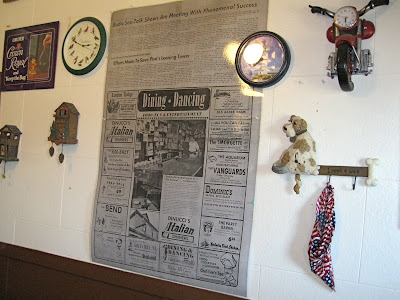 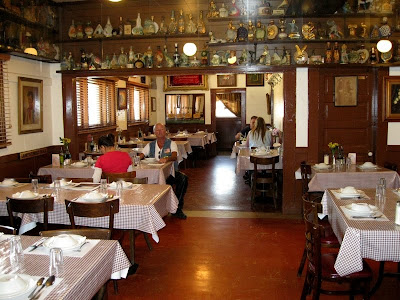 Lots of knick knacks around the dining room 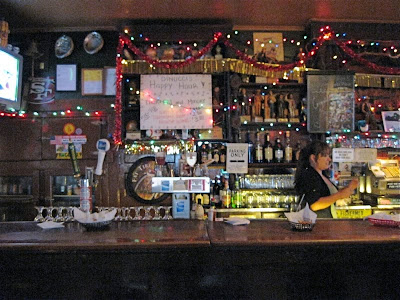 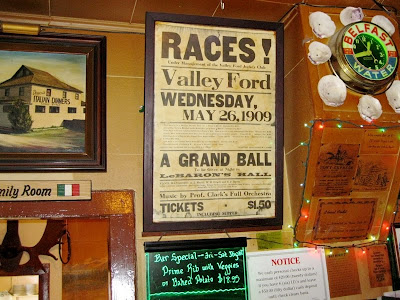 
The minestrone soup is excellent. 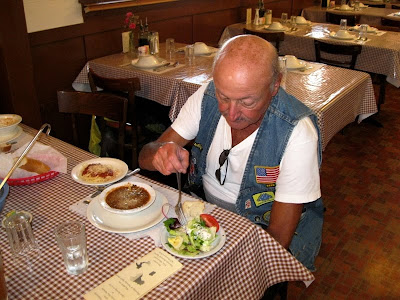 Cranky and Lynn order the all you can eat soup and salad. But the chef adds a small plate of angel hair pasta for them, too 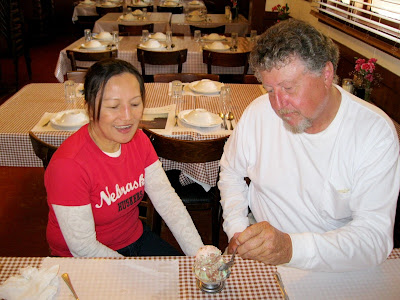 A specially made Spumoni which was how Spumoni should be made 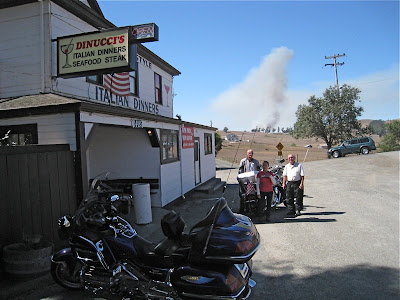 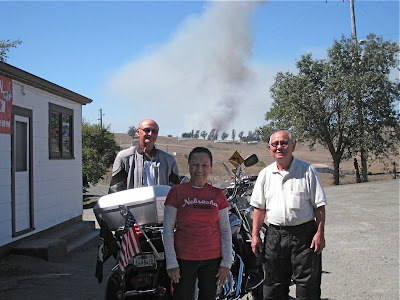 Another photo where the smoke is more evident


Luckily we are taking the cutoff from Hwy 1 just north of Valley Ford to head over to Freestone and will not be delayed by the fire.
Our next stop is but a short 4.5 miles at the Wild Flour Bread. 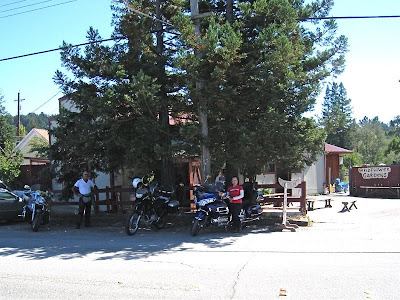 
Since I had posted photos of this place a few times before these are photos taken by KC to give a different view point about the place. 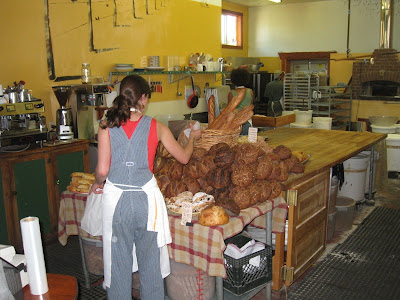 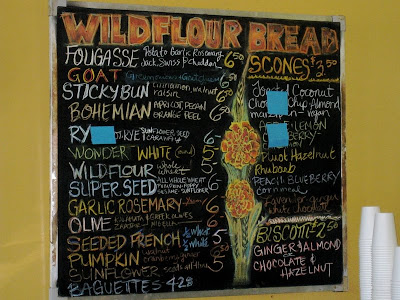 The "menu" which changes some every day 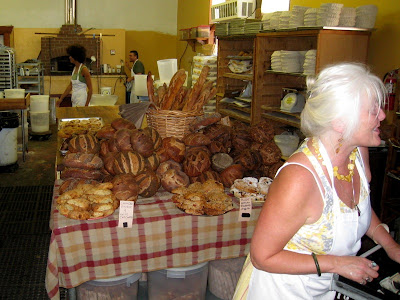 
From Freestone we head less than a half a mile toward Sebastopol before taking some really back roads to Hwy 116. Cranky says they were almost as rough as Knoxville-Berryessa Road. :-)
Then after getting around Cotati we take another set of fairly "goat trail" roads into Glen Ellen. Then the wonderful Oakville Grade-Trinity Road which is the short cut from the Sonoma County Valley of the Moon to the Napa Valley Wine Country.

Cranky leaves us at Hwy 29 to head back home as KC and I head over to Silverado Trail and into Napa and the Oxbow Market where we stop for Ice Cream at the Three Twins. 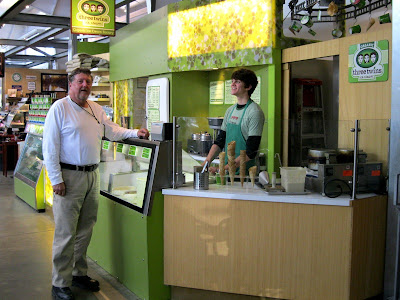 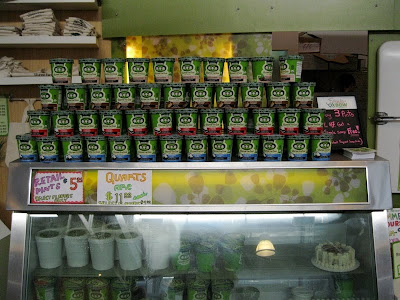 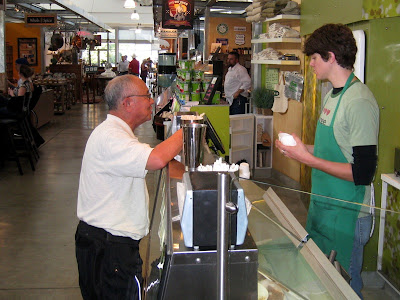 Here I am ordering my Kiddie Scoop of Mexican Chocolate


A great day for a wonderful Ride in bright, warm to hot, weather.